Say NO to Discrimination and Hate Speech. Online Seminar

Every year on March 1, the “Zero Discrimination” International Awareness Day is celebrated, within the framework of which the YCCD NGO initiated an informational online seminar-discussion. The theme for 2021 was “Zero Discrimination against Girls and Women”

The event, organized and hosted by Ararat Alikhanyan, Program Coordinator of YCCD NGO, was attended by citizens of different regions of Armenia, mostly women and girls. Firstly, information was provided on discrimination, its manifestations and types, as well as the definition of hate speech and its negative consequences. It was noted that discrimination is the restriction or deprivation of human rights and freedoms due to various characteristics (for example, racial, linguistic, religious, gender, political, ethnic origin, etc.)

The types of discrimination discussed in detail were direct, indirect, associative, victimization. There was also discussed hate speech and its spread, which unfortunately has recently spread significantly on social networks, in the media and other means of communication.

Videos on discrimination and hate speech were shown, as well as an interactive discussion using online tools, during which participants had to continue the sentence, such as “Women become victims of discrimination because…”

The participants mentioned that women are victims of discriminations because they don’t show their potential and don’t struggle for their rights. “Till now there is a point that women are weak gender”, “For centuries, men have been in the lead by force of habit, but now life has changed; women can often do more.”

Some disturbing information was provided by an analysis conducted by one of the UN agencies that in Covid-19, women spent 3 times more time on unpaid housework and caring for other family members than men. According to that analysis, every third woman in the world has been physically and sexually abused by their husband or another person.

In the conditions of COVID-19, the use of all forms of violence against women and girls has become more frequent. During the general discussion, the participants were able to touch upon such topics, which gives an opportunity to talk, exchange views, break stereotypes.

This discussion was implemented within the framework of the “Fight against Hate Speech through Human Rights Education” program, in the training of which the YCCD NGO is also involved. The program is implemented by the Armenian Non-Hate Speech Team under the auspices of the Council of Europe’s Regional Promotion of Access to Justice through the Arcelian Partnership Countries for Discrimination, Hate Crimes and Non-Judicial Compensation Mechanisms. 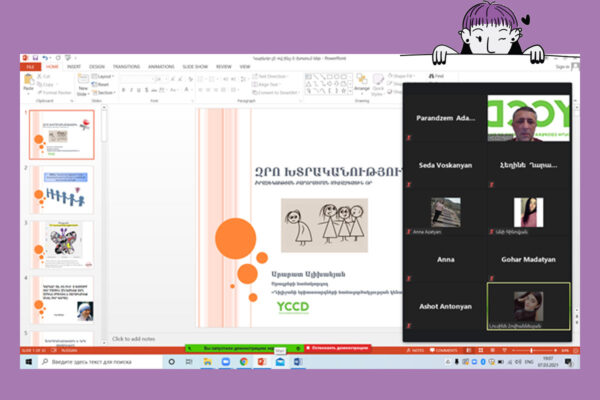 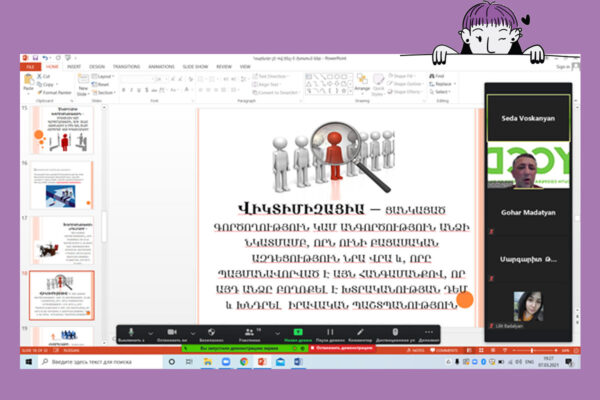 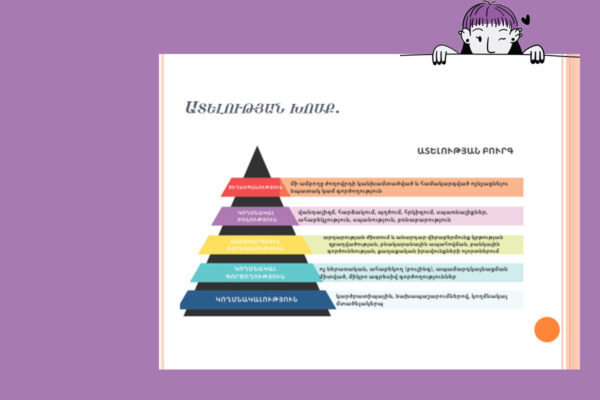 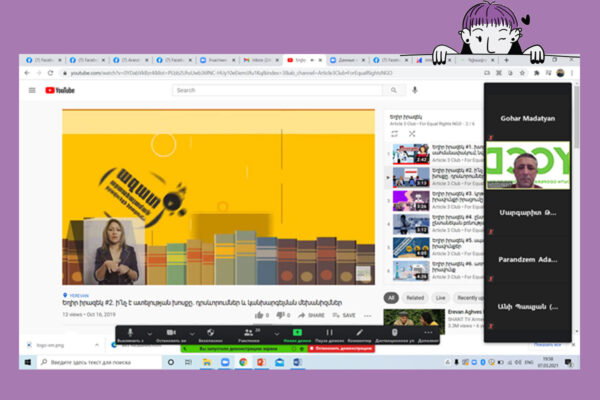